Running Your Way to Better Bone and Brain Health

Running Your Way to Better Bone and Brain Health 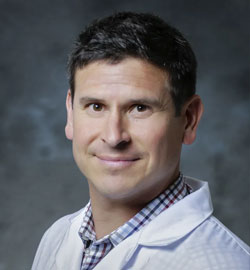 I was recently interviewed by a popular online fitness magazine about the health benefits of running – a great read for anyone before they engage in or are considering a running regimen. Especially during this time of year (New Year’s Resolutions anyone?), running is often seen as a way to lose weight or to increase stamina and cardiovascular endurance. It can certainly help with all of those goals and so many others. In fact, a consistent running regimen has been clinically studied and shown to benefit the health and strength of our sleep cycles, our minds, and our bones. No matter your age, if keeping your mind and bones in tip-top shape isn’t on your list of health priorities, it absolutely should be, because degenerative mental health conditions like Alzheimer’s disease and bone diseases, like arthritis and osteoporosis, can rob people of the active lives they love.

When it comes to the brain benefits of running, various studies have shown that prolonged periods of cardiovascular exercise can increase the endorphin concentrations in the bloodstream which has beneficial effects on overall metabolism and mental health. That so-called “runners high” is thought to be due to the high levels of endorphins that happen during the act of running.  These endorphins are also associated with a generalized sense of well-being and contentedness that directly correlates with a more positive mental health outlook. Distance runners, in particular, have been shown to have better sleep cycles and more easily engage in REM sleep patterns (the sleep stage that is believed to stimulate the brain regions used in learning of mental skills) compared to non-endurance athletes. This improved sleep hygiene has been shown to improve metabolism, enhance organ function and results in more highly-sustainable daily energy levels. Runners have also been studied to have lower rates of depression, higher self-esteem and tend to be more productive in life as compared to their non-running colleagues.  The overall positive effects of running on our mind, body, and soul are undeniable and scientifically proven.

The bone benefits of running are powerful as well and optimizing our bone density is critical as we age. Weight-bearing exercise such as daily walking in elderly people is recommended due to the favorable effects on bone density.  And while walking is good, studies have shown that runners tend to have even higher bone density levels than those of their walking cohorts. So while walking is good for our bones, running can be even better! Running creates favorable bone metabolic activity. This means that runners accumulate a higher concentration of bone-building hormones and enzymes such as Calcitonin, Parathyroid Hormone, and Vitamin D, just to name a few. This translates to increased calcium uptake by our bones which ultimately increases bone density. However, it should be noted that excessive running or overtraining can create a catabolic (bone thinning) profile in runners. Increased alkaline phosphatase activity and other similar bone thinning enzymes will create an osteopenia-like state which can lead to bone weakness and even stress fractures. This is why steady and sustained increases in our running distances and workloads are essential both for injury prevention and to reduce the risk of our running having an opposite negative impact on bone health.

Running’s positive effects on bone density aside, this type of exercise is also associated with improved muscle profiles as well. Running workouts also benefit the hamstrings, quadriceps and calf muscles. And one unique quality of running versus walking is the profoundly increased activity of the gluteal muscles in runners. Unlike other non-running cardiovascular sports, runners have been shown to have high muscle fiber development in the gluteus muscle complex. Walking is certainly a worthy type of exercise, especially for those who are otherwise sedentary, but it is only with running that gluteal muscle activity is optimized. The gluteal muscles are critical in maintaining core strength, endurance, and lower extremity balance and stability. The secondary benefit of sustained gluteal activity is the high metabolic output of this large muscle group.  When the glutes are firing, it translates directly to the increased caloric output, and we all know what that means…weight loss! Finally, recent studies have shown that athletes with stronger gluteus and hamstring muscle profiles have less risk of sustaining sports-related injuries. Talk about an added bonus!

It is hard to argue with scientific data, which clearly shows that running remains one of the most efficient and healthy activities the human body can engage in. In these initial months of the new year as you chart your fitness course, consider running one of those exercises whose benefits just keep on giving. Not a runner yet? No problem – the key is steady and sustained training. And of course, check with your doctor before beginning any new exercise regimen to ensure you don’t get hobbled by an injury before you really even get started.

Remember: Achieving a healthy mind and body is a marathon, not a sprint.